Aha is streaming all your favourite movies, animated films, special shows and web series videos. You can access your favourite aha videos, recent Telugu movies  and all other entertainments by subscribing to Aha by single click.

Johaar is an interesting script director Teja Marni has succeeded in setting the frame of mind much closer to reality.

Johaar, a significant drama of four different stories begins with a breaking news by media reporter that Chief Minister, Sri Achutha Ramayya has taken his last breath and beloved people convey their condolence and talking about the significance in managing public affairs. as well as abandon his political administration to others.

Finally Vijay Varma (Chaitanya Krishna) son of Achutha Ramayya took over the administration. By hailing his father he vowed to put up the biggest statue in the world to honour the respect and greatness towards which his father had to last forever.

By the decision of greedy politics how lives of this poor young athlete (Naina Ganguly), a farmer (Eeswari Rao), a young girl (Esther) and an old man (Subhalekha Sudhakar) who runs an orphanage, were accomplished their needs with self-obsessed bearings.

Subhalekha Sudhakar vintage actor has nailed his role with his sensible staging.

Chaitanya Krishna as Vijay Varma son of CM Sri Achutha Ramayya has lived the role with his brilliant performance.

Eeswari Rao, mother of Chinni marked her role to the core.

Ankith Koyya and Esther thought the debutant actor to have played the lead roles with their prominent bit parts in this movie.

Where to Watch online: Aha OTT

Elevated with outstanding screenplay and true essence of dialogues.

Cherishing lyrics by Chaitanya Prasad is very refreshing and feels good to hear.

Encouraging the fresh and new talents is the main highlight to the movie.

Cinematography by Jagadeesh Cheekati has done its best with very rich visuals. Even though the story is foreseeable the director will make you glued to the screen with the emotions of the characters filled with melted background music and lyrics. The performance of every character is moral to present generations.

Don’t miss watching Johaar, an interesting concept of unpredictable political decisions by which the poor get affected.

Get Skilled with Best Boosting Services 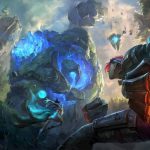 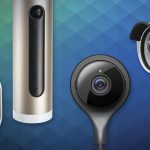